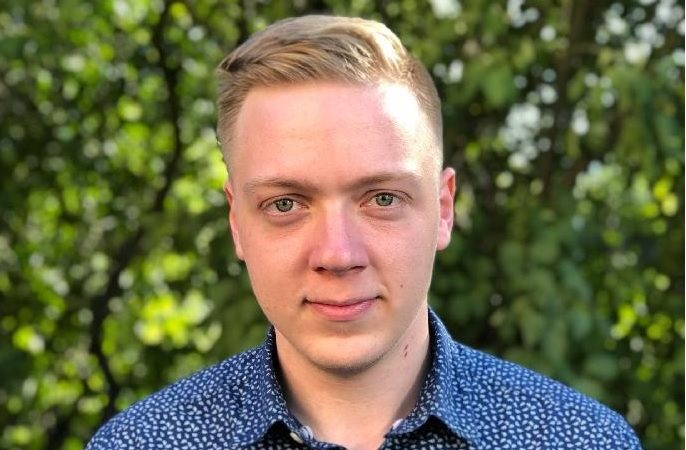 Tomas Harant is 24 years old and comes from Czech Republic. A university student, fan of technological innovation, he has been working since two and half years in the Local Action Group “Naděje”, located in north-western part of Czech Republic.

As an active Local Action Group, they are using the LEADER/CLLD method, which is very important instrument in a rural development sector, so they are constantly analysing problems and situation in respective LAG area and according to results they are addressing the voice of rural area to higher level authorities and institutions.  In their daily work and mission they use the integrated CLLD funding to address the concerns and needs of rural community.

Tomas is working as a project manager in the LAG with special tasks related to administration, communication with the applicants and evaluation of the projects according to funding applications. In addition, Tomas is member of a working group on Smart Villages and working group on international cooperation within the National Network of Local Action Groups of the Czech Republic. Based on his role in these working groups, he gained an additional opportunity to be a part of the European Rural Youth Parliament. He is actively trying to address and develop the idea and initiative of the National Rural Youth Parliament, which can be an important step to minimize the significant problem of depopulation and migration of youth from rural areas.

Beside these,  he is a student at the Faculty of Social and Economic Studies of Jan Evangelista Purkyně University and currently he’s writing a bachelor thesis focused on Smart Villages.

Tomas took part in the European Rural Youth Parliament 2019 in Spain, where the challenges and needs of rural youth were discussed. The final outcome of their work was a declaration presented to the European Parliament and in other EU stakeholders during the advocacy meetings organized recently in Brussels.

Another recent initiative at national level is to communicate, together with other members of working group of Smart Village, with the Ministry of Industry and Trade about the role of LAGs as an innovation broker.

Tomas has significant support from his family, who give him the freedom in personal growth issues. They fully support him in the way he has chosen for his life and career.

According to Tomas, rural development sector is facing many challenges and problems, especially depopulation consequences and problems, so he is glad that he can to some extent contribute to improving the conditions for the citizens living in rural areas.

Rural development is a long-term process in a dynamic sector, and he sees his work as an important mission.