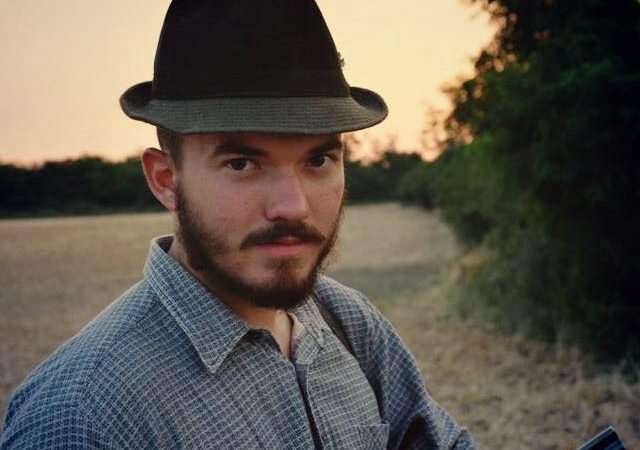 Jakub Dvorský (25) is from a small village called Lišov, situated in the south part of Slovakia with only 250 inhabitants  now, while in the past it was around 800. The village is without water and sewage system, no phone reception, very high unemployment. When he was 18, Jakub left home and went to work abroad, mainly as a volunteer. He was involved in several projects based in rural areas, in different countries of Europe and Africa.

In 2015 Jakub came back and set up a new NGO called Lišov Múzeum. The main idea for this organisation is rural development in Lišov and the surrounding area, including four pillars of sustainability (environmental, cultural, social and economic). All that the organisation does revolves around sustainability, which means: working with local people – artists, craftmen and farmers, using local materials, and with local skills creating local products …and linking up with like-minded organisations who have other local products, which can be showcased and sold in the museum’s ´little green village shop´.  The buildings are restored using traditional methods and the museum draws from a wealth of local art and craft for decoration. It is important that the museum has a place in the wider community of the village and Hont region, so it cultivates and enjoys a fruitful relationship with the mayors, villagers and friends and bottom-up organisation such as the local LEADER group. They welcome visitors from all over Europe, who share their methods and can swap skills and knowledge to help themselves and the museum to grow towards a more sustainable rural future.

In 2017 Jakub became a member of the Slovak Rural Parliament, where he is involved in several projects based on rural development, work with youth, farmers, policymakers. The aim of the SRP is to support integrated development in regions through professional, advocacy and instructive communication activities, mainly through a dialogue conducted on national level, based on the identified needs, to prioritise increasing the quality of life in the countryside, to support rural initiatives in the management of rural development, implementation of educational and mediation activities, organising events, market research and public relations.

Currently Jakub is director and co-founder of NGO Lišov Museum. The organisation is developing new opportunities for local people,  helping them to set up their own businesses and reduce high unemployment in the region by organising events, workshops and making the museum ´Living history´. It also wants to create new jobs and possibilities to run own workshops. Over the last  years, based in Lišov, Jakub has been involved in several placements, with Erasmus+ and Green Village projects, where learned new skills which he tries to implement in his current position.

Now Jakub is studying history at the University of Constantine the Philosopher in Nitra. He enjoys traveling and meeting new people, getting experience from different countries and different people about rural life and the countryside.

His family supports Jakub very much. He has set up the organisation with his partner, whom he met on a similar project in Cyprus, and both together they support each other. His sister is also involved in some projects as well as his two cousins from the village, who are studing similar topic and get very much inspired by what Jakub does; they have also participated with him in project in different countries, which they really liked and appreciated very much.

“Rural development, working in rural areas has became my lifestyle”- says Jakub.  The village where he comes from is Lišov, and whole area around is really poor, there are not many job opportunities, infrastructure is missing, and this is in his opinion not an interesting place for youth… but he can say it is changing. Even though the number of people who want to live here keeps getting smaller, and young people have to leave to find their jobs in cities, but Lišov Museum is becoming an example of why to stay. Jakub is very happy because in five years his organisation managed to bring some young people back to the village, help them with their own business – they organised small visits to their farms, workshops where they presented their work, so Jakub believes it will be better, and rural areas got a good potential, healthy lifestyle, environment,  they just need a little bit of help and should follow the four pillars of sustainability (environmental, cultural, social and economic) and try to keep them in balance.