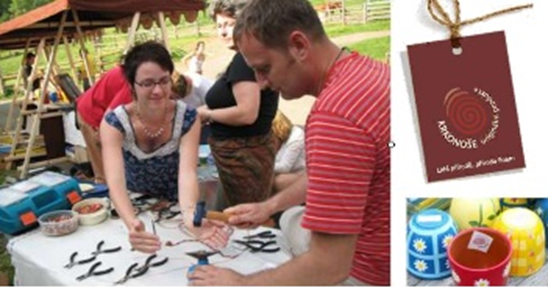 From Hystory of PREPARE- PREPARE Gathering 2006

All members of the PREPARE network was receiving the detailed announcement of the Gathering.

At  the  meeting  in  Prague  in  June,  the  PREPARE  partners accepted  with  pleasure  requests from  two  recently-formed  national  rural  networks  to  join  the  partnership  in  the  PREPARE programme. The Czech  National  Rural  Observatory was set  up  in  2005  by  twelve  individuals  who  are active in rural development at national or regional level. The decision to create the Observatory followed  three years of  initiatives by these individuals to  bring together people involved in rural action,  including  national  and  regional  conferences,  training  programmes  and  promotion  of LEADER-type local action groups. PREPARE had given financial support to this set of initiatives, from  the  funds  given  to  us  by  the  Mott  Foundation. The new  Observatory  operates, througha National  Network  for Rural  Development,  as  the network  of  more  than 40  Local  Action  Groups throughout  the  Czech  Republic.