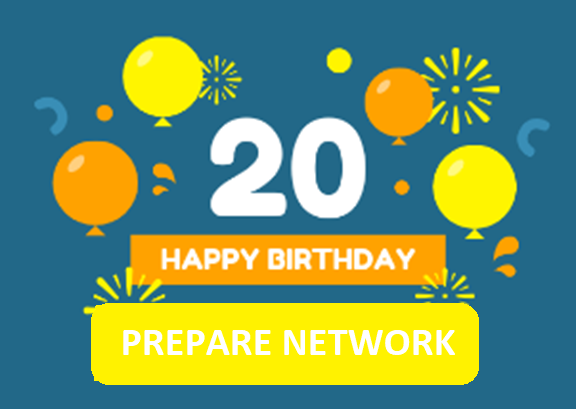 The name of the network, PREPARE has been given in Hungary in 2000

From History of PREPARE Network

Story by Marta Marczis from the Hungarian Rural Parliament:

Following the aim and spirit of the first travelling workshop in Estonia and Sweden, the name of the network, PREPARE, has been given by participants at the second event, held in Hungary in 2000. During these two events the freshly established network has organised travelling workshops; visited rural development projects, met with key activists and project participants, analysed lessons learned in working groups, produced reports and policy conclusions. As a bottom up initiative, the Romanian network of the ‘County Agencies for Agricultural Advisory’ organised the third event in 2001. It was funded by the Open Society Institute, as the event in Hungary one year earlier.

PREPARE was invited to visit Bacau County, located in the eastern part of Romania. The western part of the county includes mountains, part of the Eastern Carpathian ridge. Along the valleys of the Oituz River and Trotuș River there are two important links between Moldavia and Transylvania.  This county was one of the most industrialized Romanian regions in the communist period, and still Bacau is the region’s most important GDP supplier, but the county has become more famous because of the increasing gap between local (rural) economies and the good GDP data on the county level. Romanian majority, Roma and Hungarians (Csango) live together in the multicultural community of the county.

Plenary events were held in Bacau, the county capital that gave the county’s name. On one of the evenings, participants enjoyed a great dinner concert, thanks to a local Roma music group, which played the typical “Balkan gypsy music” .

During travelling workshop days, local organizers introduced important long-term projects to the visitor group. We met with representatives of a social cooperative initiative for inclusion of disadvantaged youth. We visited two neighbouring villages: in the first village SME-s have changed the local economic situation.  As young local entrepreneurs said they had worked in Italy as migrant workers for years, but came back to Bacau, bringing innovation with them. They created jobs and models to others in their village. In the second village the local community has not been interested in self-initiative. Nobody started local business after collapse of the communism; nobody left the village for job… and the village has remained poor and depressed. The clear lessons learned was that the better “community spirit” makes the necessary transition more efficient at the local level – as it has been similarly experienced in many post-communist communities in that time.

Another typical and very sad example: we visited a destroyed part of the Carpathian Mountain area. It was near a village where the local municipality gave licence for clear-cutting the forest to foreign (Scandinavian and Hungarian) companies, thus breaking the national law.