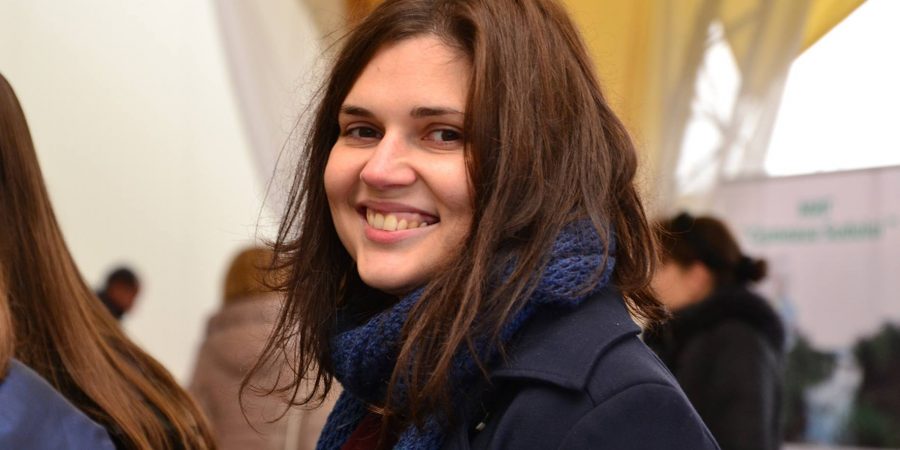 According to her, development is not a project or an intervention but a process and there should be someone who could play the role of the “engine” and guarantee that the process at the local level goes well. That is the reason why she believes that locally-driven networks can ensure development processes. Marina does not consider herself a typical rural development activist. She and her family are involved in the business sector; at the meantime she is engaged on promoting the LEADER approach as an important instrument for local development in Moldova.

In this context, Marina is currently volunteering as the President of the National LEADER Network in the Republic of Moldova. This is a new organisation, established in the end of 2018 to promote LEADER and to strengthen Moldovan Local Action Groups but also to network with other countries.

Since 2016 Marina has been working for an organisation that contributes to local development in Moldova, where they believe that LEADER is one of the systematic approaches that should be implemented in Moldova to ensure development at the local level. Starting from the end of 2016 she was involved as a member of the local implementation team within EU LEADER Pilot Project. This is how she has started to work with LEADER approach. Within this initiative they helped to establish eight pilot Local Action Groups in Moldova, and then we have started to multiply this experience in other regions. Currently, there are more than 30 LAGs in the country, covering approximately 30% of Moldovan rural population. This is a great indicator, as there is no LEADER Programme financed at the national level, and funds that are dedicated to this instrument by different development partners are limited. Due to this, for almost 3 years they are working with rural communities, assisting them to establish Local Action Groups and to multiply LEADER experience by building the capacities of existing LAGs, which will become important institutions at the local level that can ensure development.

LEADER in Moldova is a real bottom-up initiative. It does not have huge money, so it is trying to organise a process at the local level more independently, gathering those who are ready to contribute to the development of their areas. LAGs there are created in the hope that they can be an effective instrument of development and local actors strongly believe on LEADER principles. However, the money itself is less important than the way it is distributed.

According to Marina, Moldova is facing many problems and development challenges, especially in rural areas and small towns. The state has not managed to initiate or strengthen expected development change. People in Moldova are very disappointed about the state in general and its institutions, but also about the EU involvement in Moldova. The majority of them cannot see their future in the country. That is why Moldova has become a country with one of the most shrinking population in the world. The statistics show that 94% of young people in Moldova would like to migrate from the country or are thinking about it.

But there are still some people who see or would like to see their future in Moldova. And LEADER in Moldova is about those people. For them this is not a technical instrument of rural development, but a hope for change in the country through many concrete small changes that are brought to local communities through LEADER.

Marina has huge support from her family, especially from her husband and parents. Her children are her main motivation, to work hard for a better life for them in Moldova. Her family knows that what she is doing is good for Moldova, and they are always ready to support and help her.

In the future, Marina hopes that she will launch her own business or take it over from her father. But for sure she will dedicate some of her time to LEADER in Moldova. As she mentioned, for people she is working with, LEADER is much more than simple rural development, this is a story about empowering local people, gathering trust at the local level, appreciating local resources and discovering their own potential for cooperation and development. All Local Action Groups in Moldova agree that this is how they understand LEADER. And Marina feels it is her responsibility to make it happen.