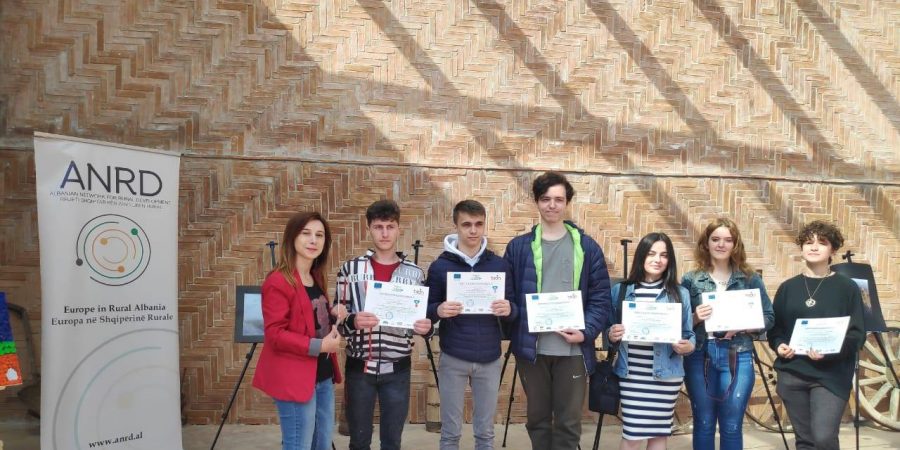 Green enterpreniership caravan in the Balcans

In the spring of 2019, the rural development networks in the Republic of North Macedonia, Serbia, Croatia, Montenegro, Albania, Kosovo and Bosnia and Herzegovina, as partners in the project NAGE – Networking and Advocacy for Green Economy, launched the Green Entrepreneurship Caravan

This is the first of a series of three green entrepreneurship caravans which will be implemented once a year in all the seven participating countries. The aim of this activity is to familiarize the stakeholders with the concept of green economy and entrepreneurship, as well as to present to them some practical examples.

So far, the Green Entrepreneurship Caravan was organized in the Republic of North Macedonia, Croatia, Serbia and Albania. During April and May, similar events will be held in Montenegro, Kosovo and Bosnia and Herzegovina.

In the Republic of North Macedonia, the Green Entrepreneurship Caravan was conceptualized in the form of field visits of green business. On April 3rd the Caravan, which included around 25 stakeholders, made a few stops in the Skopje surrounding, to introduce to participants some examples of green entrepreneurship. The first stop was the village of Trubarevo, where the Caravan visited a company which works on recycling of electronic waste and another company producing organic cosmetics. During the second stop in the neighbourhood of Vizbegovo, the Caravan visited a company which deals with the collection, storage and treatment of waste edible oils and a graphic design and printing company. An expert on green economy joined the Caravan to explain the green economy concept and its advantages. Also, the Rural Development Network of the Republic of Macedonia presented the project activities to the participants, as well as the opportunities for them to engage and take an active part in the project.

In Croatia, the Green Entrepreneurship Caravan was organized in two different places – in Sisak on March 23rd and in Nova Gradiška on March 26th. The Croatian Rural Development Network presented the NAGE project objectives and activities, as well as the green economy and green entrepreneurship concepts. In both locations, different examples of good practices in the area of social and green entrepreneurship were presented, such as an ecological fruit producer with an emphasis on traditional varieties from the surroundings of Nova Gradiška, who presented his family farm and activities undertaken to raise awareness, research and preserve the old varieties of fruit.

In Serbia, the Green Entrepreneurship Caravan aimed to promote the green economy concept among young people, by organizing presentations in four secondary schools in the towns of Loznica and Sremska Mitrovica.

The Albanian Network for Rural Development (ANRD) organized the Green Entrepreneurship Caravan in the form of a two-day event. During the first day, an exhibition called “Green Economy through Art” was organized in the Castle of Tirana Gallery, During the second day, ANRD Assembly members, Agriculture University students and academics, rural development experts, rural CSO representatives and media travelled to a several Caravan stations where green economy principles and green enterprises were promoted