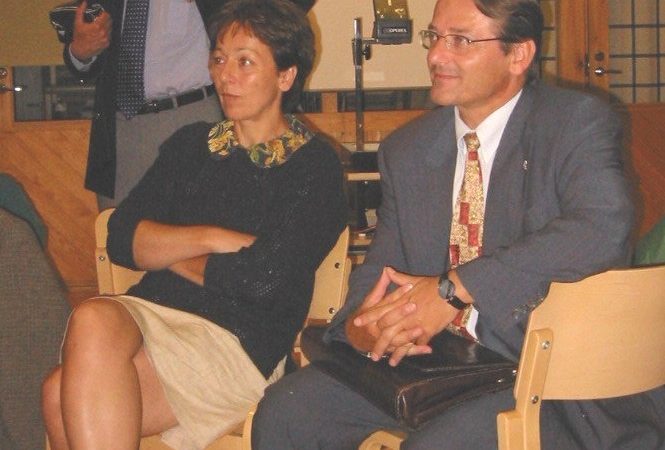 … the PREPARE initiative was born at the travelling workshop organized in Estonia and Sweden in 1999, but the name PREPARE – Pre-Accession Partnership for Rural Europe – was decided by participants at the second workshop, organized in Hungary in 2000. Inspired by the first event, Marta Marczis initiated this second meeting, which involved two plenary meetings in Budapest and site visits in rural Hungary in four groups. Marta had been one of the facilitators of the event in Estonia and Sweden and was president of the Hungarian Rural Parliament in that time.

The 4-day event was organized by Marta and the team of the Hungarian Rural Parliament (HRP) with the contribution of Peter Szegvari, senior adviser of the Prime Minister’s Office for regional development and public administration reform. The event was financed by the Open Society Institute and the Prime Minister’s Office, which also offered its conference room for the opening and closing workshop. The four travelling groups visited different places to study realities of the pre-accession countryside, such as rural areas dealing with environmental problems after closing heavy industry; remote micro-regions which are home to disadvantaged Roma people; etc. As group moderators, Staffan Bond and Kjell-Roger Karlsson from the Swedish Rural Movement, Isabel Holburn from Forum Synergies (a great friend, who has passed away since) and Marta worked together with members of the HRP.

A small mistake in technical arrangements made the study visits unforgettable for the organizers: at the end of the first day’s workshop, a hundred participants have waited in front of the Prime Minister Office, in the centre of Budapest, but the buses did not arrive on time to transport participants to the countryside. The solution was to take the whole group back to hotel by about 25 taxis stopped ad-hoc and pre-paid by cash in the street….

The first Budapest workshop aimed to identify the common rural development problems, needs and potential solutions of the ten “pre-accession” countries from the “Eastern Bloc” (Czech Republic, Estonia, Hungary, Latvia, Lithuania, Slovakia, Slovenia, Poland, Romania and Bulgaria). On the last day, conclusions and two important decisions were made: participants strongly agreed to establish a permanent network and decided on its name: PREPARE, suggested by Michael Dower. On the closing day, Michael led the workshop and prepared the report of the event, including the decision on membership (one country, one organization) and the name of the network.

Sandor Koles, Executive Director of the Carpathian Foundation participated in both the workshop in Estonia/Sweden and in Hungary. After the Budapest workshop, he helped the PREPARE representatives establish first contact with the MOTT Foundation. His recommendation and contribution were the initiating step to create PREPARE’s long-term financial partnership with the MOTT